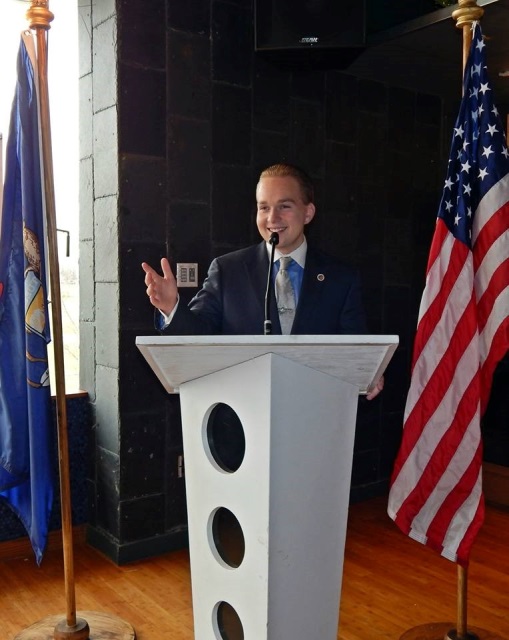 Community involvement has become a very important part of what Revolution Flag Group is about. We believe that being in Southeast Michigan that we must be good stewards of our community. That is why we have decided that we must give back to our community especially the area’s that are hardest hit. That is why in 2013 we have been involved in community involvements project to bring about awareness in the importance of the American flag. The first community initiative was a donation to the Detroit Police Department on June 14th, 2013. Noticing that the many precincts around the city were flying tattered and worn flags and understanding of the tough economic times the City of Detroit was going through we decided that Revolution Flag Group had to do something about this situation. That is why I set up a meeting with Detroit Police officials and offered our services. On Flag Day, 2013 a ceremony was held with all the Commanders of the Detroit Police Precincts they were presented with 17 American flags to fly at the precincts and solidified our commitment to the brave men and women of the Detroit Police Department. Our commitment to improving our community did not stop there. On November 15, 2013 Revolution Flag Group announced our public/ private partnership with the City of Detroit to repair the 20 flagpoles that have fallen into disrepair at Hart Plaza and have not flown flags for 13 years. We have also pledged to install 20 brand new American flags and maintain them for at least 2 years. We will raise $60,000 to complete this project and unveil the project in May of 2014. Revolution Flag Group has been profiled in the Detroit Free Press; Michael Soviak has been interviewed on CBS radio Detroit WWJ 950, MyTV 20 Detroit and MLive.com concerning the Hart Plaza Project and Recapture Detroit.

Constance Soviak Chairman/ Co-Founder
Constance Soviak is one of the two original co-founders of Revolution Flag Group started in 2009. Mrs. Soviak has several years experience working in the financial industry.